Davet and Caoimh, oh what a wedding!

I was delighted to receive an invitation to the recent wedding of an old university friend Davet, and his beautiful lady, Caoimh. It was a very unexpected invitation considering that up until the wedding I had only met the bride twice, and I had only seen Davet twice in 8 years, but it was an invitation that filled me with excitement.


May, two years ago, I was in London for a training day with my two Glaswegians. I mentioned on facebook that I would be down there and I got a message from Davet saying to get in touch it would be great to meet. I dragged the boys across the city with me and we met Davet and Caoimh. It was my first time meeting her and I adored her instantly. While Davet and the boys discussed politics, Caoimh and I did the Irish ritual of 'who do you know, who do I know, are we related?'. We chatted so much, the Glaswegians thought that it was Caoimh who I knew, and Davet who I had just met. Caoimh told me that an old university pal of mine was coming to Edinburgh so we got in touch to see if he needed any help.

Eight months later, Davet and Caoimh came to Edinburgh for a visit, and we got to spend some time exploring, seeing the sights and getting to know each other better.

They introduced me to more of their friends who are now living in Edinburgh, and more solid friendships were made.It was such a fun visit, and it was then that Davet and Caoimh invited me to their wedding. How exciting! If you have not had to fortune of spending time with this couple, you need to find them. Their genuine love and affection for each other is intoxicating and they are just hilarious. Seriously the banter is non-stop. You can't help but bask in the warmth of their love by just being in their presence. The chance to be able to celebrate their marriage with them was too good an opportunity to pass up! Naturally I said yes!

So last weekend, I grabbed my carry on bag and took off to the west of Ireland, to that beautiful, wet city that is Galway. It was so great to be back, even if just for a flying visit. I got to catch up with a plethora of people, including Tom, my bookshop buddy from years ago. I single him out because that wee catch up happened from the plane, when we discovered via FB that we were both heading in the same direction for drinkies!  I spent time with my grandmother, my dad, some of my aunts. It was so nice to be home for a couple of days. The highlight, naturally was the wedding and oh what a wedding it was!

The service was a beautiful. It was a humanist wedding, and the service itself was filled with laughter, tears and personality. I have never been much of a crier at weddings, but this one did actually pull at my heartstrings. The bride and groom picked poetry, songs and vows that represented the essence of their relationship. As guests we ooohed, aahed, chuckled and welled up throughout the ceremony. It was orientated around family and friends. Caoimh's sisters sang, her uncle was photographer, the best man was Sue, because she is Davet's best pal.

After the service, the bridal party went to take photographs. Davet and Caoimh were very aware that people had travelled from around the globe, and might not know many people at the wedding, so they gave us a treasure hunt to make us bond while they were being papped. I think, as a whole we were skeptical to start, We had fifteen questions based on the couple, and we needed to find the answer. Winner got a bottle of bubbles for their table. It was fabulous. As a group, we mingled, bartered, swapped answers and bribed each other with banter for another answer. The question of the day was without a doubt who bought Davet and Caoimh some wedding trolls. Rumour had it that it was Pat, but Pat was denying it. The denial was either tactical or forgetfulness. It was Pat.

I was a little nervous heading in to dinner, I knew one person at my table, and he was late for the wedding. He 'did a Tony'. I had gotten to know some of the London Irish table because Deirdre and Kyle the couple living in Edinburgh had introduced me to them. They were literally the other side of the room. I decided that I needed to bring out my inner social butterfly, and with a little awkwardness I joined the fairyhouse table. I need not have worried. Within 5 minutes we had done the Irish 'who are you?' game, and the banter was rolling. Before Davet and Caoimh arrived, we were treated to a fifteen minute video about the life of Davet and Caoimh. The room literally belly laughed along, with one of my personal highlights being 'That's not my name', a phrase commonly muttered by Irish people living abroad! The meal was glorious. The wine was flowing. The speeches were witty, heartwarming and sentimental. There is one line that has stayed with me from that day. Dave, Davets father said 'You can take the person out of Galway, but you can never take Galway out of the person'. It is so true. As the evening wore on stories began to flow of our time at the university there. I don't know when I have laughed so hard at so many wonderful memories. It was superb.

It is amazing how quickly fancy dress can turn us all in to youngsters again. There was a photo booth. Wigs, face cards, glasses, fairy wings. We just couldn't get enough! My table and I went a bit mad. It was fabulous. As the booze flowed, the dancing took off. Though, the dance floor was rarely quiet which is always a good sign at a wedding! There are a number of amazing moments from that night but Mark McCabe's Maniac 2000 was just epic. Genuinely epic. It is amazing how a wee beat and a handful of yeah-yeah-yeah-yeahs can turn the most sullen individual into a floor thumping, hand waving lunatic. We danced ourselves proud to that one.

I won't lie, as the night continued, the memories have begun to fade. I do remember eating a lot of goats cheese (thank you so much for that... it was divine), I remember feasting on tayto sandwiches in the wee hours of the morning (inspired idea), and I remember being delighted to meet the other Louise.

So, thank you Davet and Caoimh for an amazing weekend. Thank you for letting me witness such a beautiful union as your marriage, and thanks for rekindling our friendship after all these years. The entire day was full of stories of why you are so loved among your friends and why you are so perfect together. Caoimh, I have more fingers on one hand than the number of times that I have met you, but even I can see just how perfect you guys are for each other. May you have a lifetime of happiness together, and if that bottle of wine lasts the full 15 years, well... I think there will be 130 people thinking.... 'jaysus... I was sure they'd have tucked in to that by now'! 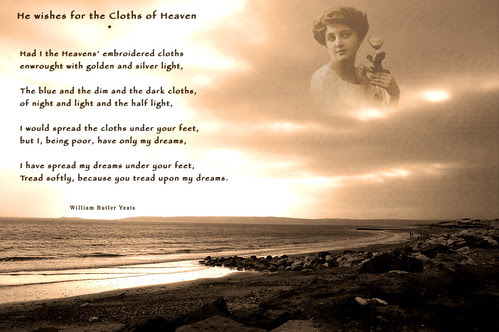