November 09, 2015
28 years ago, a little three and a half year old girls dreams came through.
She was given a little sister, a human doll for want of a better description.
It is very important work you know, being a big sister,
and this three year old took her role very seriously indeed.

As two sisters go, they couldn't have looked more different.
One was a fiery blue-eyed ginger with freckles galore.
The other was a sallow, brown eyed brunette.
But despite their differences they were sisters.
Close sisters.

Both could be rather silly at times.

They both obsessed over 'The Sound of Music'.
They both loved a practical joke and a good giggle.
Both loved cats.

Over the years, there were dramatics.
Like when the younger sister and her friend ate all the elder sisters easter eggs, and blamed the elder sister, despite a chocolate trail of truth.
Or that time when the younger sibling disapproved of the elder siblings make up, and told her that just because she lived on the docks she did not have to look like a hooker!
But they were sisters.
They secretly loved each other, foibles and all.

They picked on their brother...

It really was the best gift a three and a half year old could have been given.
Her own baby sister.

Unfortunately, the gift wasn't to last forever.
It lasted 17 years and 19 days.
When the elder sister lost her little sister broke her heart.
It destroyed her spirit.
It made her hate a world which could give so much and take it away so cruelly.

Then she learnt a very important lesson.
Life is about quality, not quantity.
While it would have been wonderful to have her little sister around for much longer,
Those 17 years were 17 wonderful years.
They were full of love.
Laughter.
Tears
Hair pulling
Giggling
Gossiping
Name calling
The occasional kick to the shins.
The odd snowball fight

17 years is a long time.
17 years was for the little sister a lifetime.
For years the elder sister hated November.
Hated that it symbolised what was given and then taken.
Now, she celebrates it.
Celebrates the day that she was given the best gift any child has ever been given.
The day she was given her own baby sister.

Thank you for 17 years and 19 days of knowing you. 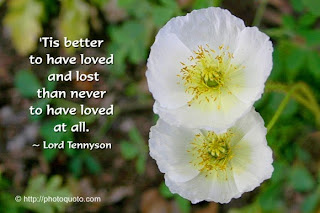