February 27, 2011
This weekend 3 years ago James and I started seeing each other.
How exciting!
The reason I say this weekend is because our actual anniversary is the 29th February.
Which doesn't exist this year,
so we decided to have an anniversary weekend to celebrate!
It all started in Vilnius, Lithuania. 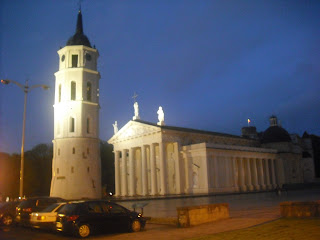 I was travelling through Eastern Europe and after a very long journey arrived at my hostel.
Which at the time was going under the name of VB Sleep Inn.
I remember being really tired and cranky after my 12 hour bus journey from Vilnius and
when I arrived at the hostel there was this man sprawled on the floor of my dorm asleep.
Little did I know as I cursed him for being in my way that I would be dating him six months later!
Anyhow....
To fast forward a few months....
I started to suspect that James had a crush on me... 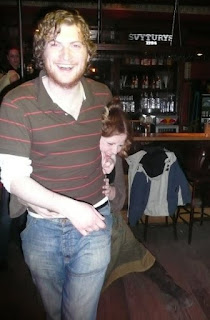 Like the time he dragged me across the dancefloor...
But he denied it, so I ignored it...
Then people started to comment on what a lovely couple we made...
even though we weren't a couple... 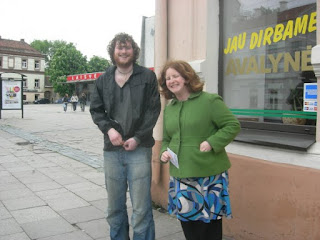 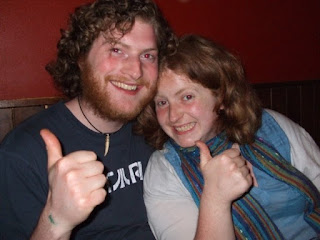 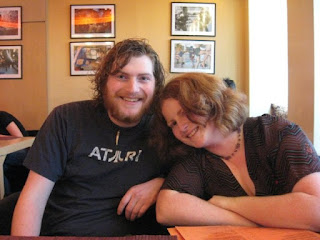 Then one evening....
We realised that we have a lot in common 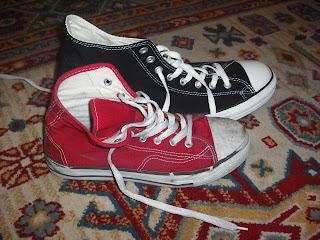 and
we kissed and decided to give things a go
to see if anything happened...
We tried (poorly) to keep it all a secret
But
Everyone knew. 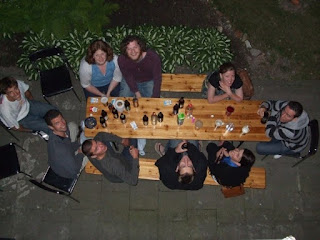 Very quickly.
Which became very apparent when we went away with friends for a weekend.
And they kept calling us boyfriend and girlfriend
despite our constant denials 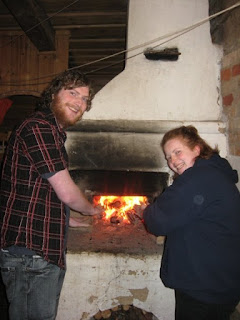 So we came clean...
And shouted it from the rooftops.
And danced in the street
because we were so happy 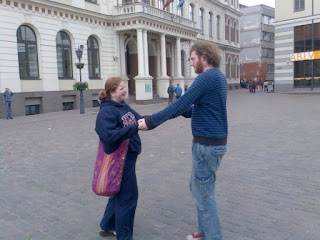 Soon the time came to pack up and leave.
So we came to Galway
and settled down for a while.
We made some new friends 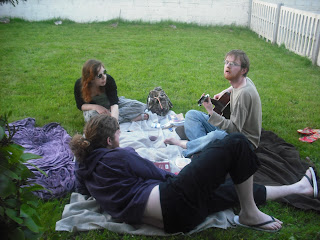 Got some new jobs
and settled into the world of boyfriend-girlfriend.
It has been a great world!
Full of fun 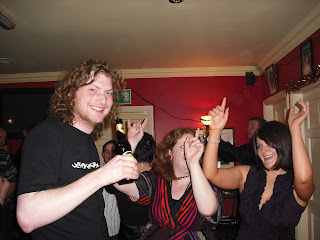 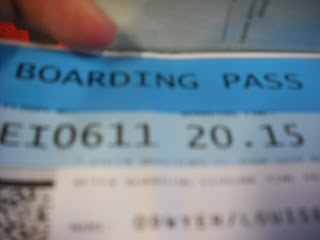 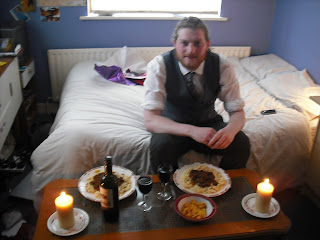 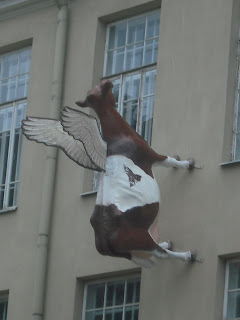 And plastic children that look like they could be our children 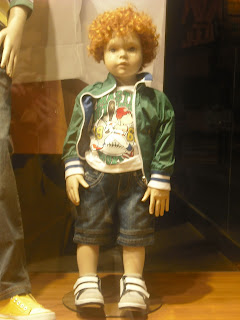 But the thing we've had most of all over the  past three years.
Is cake.
Definitely cake 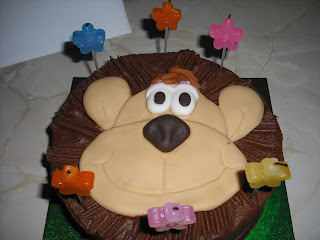 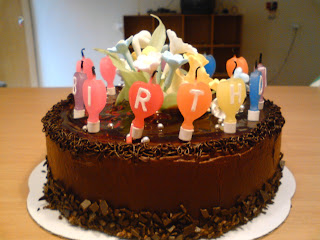 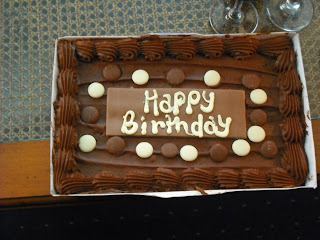 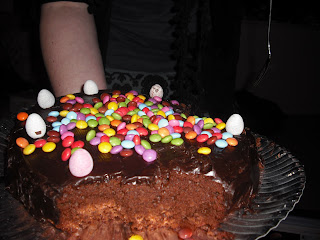 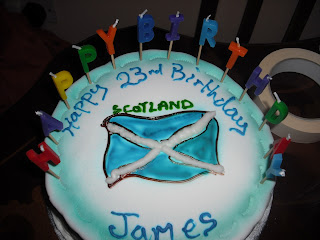 But hey,
Three years is definitely worth celebrating.
So, here is to more cake! 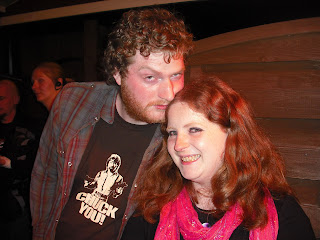