December 10, 2015
I went to the cinema with my housemate and his pal to see 'The Night Before'.
It stars Joseph Gordon-Levitt, Seth Rogan and Anthony Mackie and tells the story of three pals who are having the last Christmas blowout together after ten years of having a massive Christmas blowout.
It is a comedy, and it was great.
It also got to me more than I ever expected from a Seth Rogan comedy.

One of the characters, Ethan (played by JGL, my reason for going in the first place!) was orphaned ten years earlier. To stop him from spending Christmas alone, the other two characters bring him out for a night he won't forget and remind them that even though he has lost his immediate family, they are now his family and will be there whenever he needs them.
When the film starts, he is 34, broke and single.

A huge part of the film (well, I thought it was huge, it may not have been that huge!), was Ethan realising that he needs to stop using his past as an excuse for his position in life. He needs to let go and embrace what the future holds. I got a bit choked up. Really.

I am facing in to my first Christmas alone. Literally alone (I am spending Christmas day this year in my flat, on my own, counting down to the Doctor Who Christmas special) and it is difficult not to get down-hearted about the various turns life has taken in the past few years. I saw a lot of myself in the character Ethan. This isn't where I saw myself at 31! Far from it! But as I listened to what was being said in that film I got a figurative slap in the face.

But this post is a postive post, I promise!
I thought a lot last night about life.
About my life rather than life in general.
And I realised that I hold on to the negative far too much.
I focus too much on it as my default.
So, I decided that I had focus on the positives again and reset my thinking for the coming New Year.

So, Christmas is going to be a quiet one but my New Years will be spend with some friends who I care for deeply. One of whom I call my Glaswegian big brother, he is that integral to my life now. I have taken a day in lieu that week so I get to hit Edinburgh too!

So I no longer speak with my mother. It is tough. It hurts that this what has happened, but it is great not to live in fear of another nasty message, or a hurtful letter. The last few months have been tough for both sides of my family as she behaved as she did, but it has brought us all a lot closer together. In her attempts to drive us apart she succeeded in doing the opposite. I have never felt more loved or supported than I do now, Isn't that the best gift anyone could ask for? 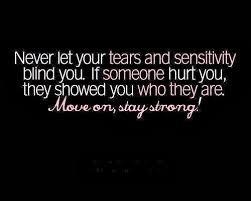 So, I am single. So what? I don't believe in 'one true love', I have had the fortune to be head over heels in love twice in my life so far and I do believe that there is a person out there who will see and want me for me. Someone who will like my inability to walk without tripping (seriously, I should have mastered that by 2), someone who will make me feel like the most beautiful woman in the world by how he looks at me, someone who gets my rather quirky sense of humour and can make me laugh with his. I haven't made much effort in Aberdeen to meet people, as I have had it in my head that I was moving to Glasgow soon, but feck it. Maybe that is why I was sent here.Perhaps it wasn't work, it was cupid. Maybe I should open my heart up to this freezing city and see what creeps in. 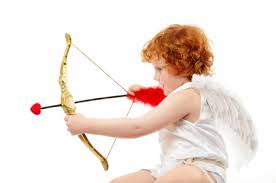 My New Years Resolution this year is simple.
It is to just go with it.
Go with what life throws at me.
Accept the unexpected.
In life.
In love.
Start embracing life.
Stop finding excuses as to why I can't do things
Or why I don't deserve things
Who knows where I'll be this time next year?
We weren't expecting me to be in Aberdeen this year. 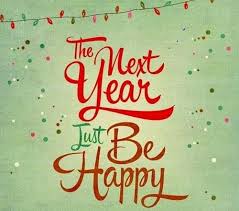