November 27, 2014
As the majority of you know this week is the 10th anniversary of my wee sister's passing.
Marguerite died on November 29th, and every year I have written a blog in memory of my fabulous wee sister. This year, I want to write a blog with a different angle. I want to write what I have learnt in the last ten years since Mags left us.

Marguerite was a cracker of a girl. Always up for a giggle, immaculately dressed and dolled up, mouthy when she wanted, but silent when she had a point to make, brilliant at imitating everyone she met and most importantly a true lover of life. When she died, especially with the circumstances surrounding her death, it shattered my heart. I can still remember the pain that used to shoot across my chest when I would think of her. It physically hurt. It was awful. A doctor told me during that time that you can actually feel your heart break. He was right. I felt it.

I struggled to believe that life could ever be okay again. Everything I had known, everything I had cared for was gone. Not only that, we had a nation's media shining their lights in my face looking for a photo, begging for a quote. Life sucked.

I made a decision back then. I decided that I was not going to let what happened to Marguerite be my story. It was not what my world was about. It is always going to be an element of who I am, because it shaped me in so many ways but it was never my focal point. I am glad I made that decision. At first I was afraid I was being disrespectful. Then I realised I was being resilient. I knew deep down that Marguerite would have hated if I stopped living life because she was no longer part of it. I said at the start of this that I wanted to write my learnings... here goes... 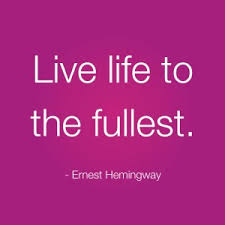 Who knows when life is going to end? Why wait until tomorrow when we can do things for today?
Life is far too short to worry about stepping on people's toes because they don't like what you are doing. It is so easy to have regrets because of our actions. Regrets are a waste of time. Consider them lessons in life. I get a lot of funny looks sometimes. I see them. I just don't let them bother me. Why do I get a lot of weird looks? Because I sing out loud on the street. I jump in puddles. I twirl whenever I fancy it. I'm not hurting anyone, why should I care if people point or give me funny looks? This leads me to my next point....

2. What other people think of you is none of your business. 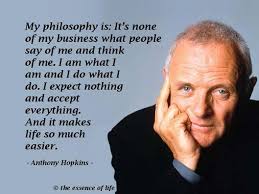 I have had so many hateful and horrid things said to me over the years. There have been people in my life who have had me in tears because of narrow mindedness, spite and an overgrown sense of entitlement. At first I used to take all the horrid things to heart. I believed it all and carried the woe with me. Then I left Ireland to go travelling. I had to fend for myself, I made my own decisions and acted on my gut instinct. I met some fantastic people who really like me for me. Who didn't judge me when I told them why I had left Ireland. I met one person who wrapped me up in his arms and nursed me back to my former self. I was lucky enough to have him in my life for a number of years. I realised that all these people couldn't be wrong. Perhaps it was the spiteful person from before who was wrong. Then I wondered why I had ever let those nasty words get to me. I decided they never would again and it was one of the best decisions of my life. I know in my heart and in my conscience if I have done someone wrong. I will always try to better that situation. But when people try to wrong me, I walk away and don't give them a second thought.It is invigorating.

3. It will take time to heal but when it does it is wonderful.

I closed off a lot of me after Mags died. I had to. I couldn't ever allow myself to go through that again. One of the biggest arguments I had with my ex was when he told me that I had never fully let him inside my mind or my heart. I hated to have him see me cry. I considered it a sign of weakness. I didn't want to be weak. Over the last year, I have had a lot of change. I am now single, I have lost a good friend to a horrid death, I have a friend going through a tough time at the moment, I have a relative who has been rather ill that I worry about from afar. Something unusual has happened though. I felt myself open up. There are a handful of people in my life that have had the misfortune of hearing me cry down the phone. A lot lately! I have friends who probably know me better than my boyfriend of six years did because all of a sudden I felt I could let them in to see the real Lu. It scares the crap out of me how much I have grown to love some of these people, but it also feels wonderful that I have learnt to trust again.

4. Life goes on, don't judge those who move on faster. 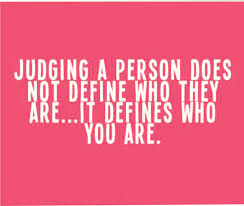 This is a controversial one. Everybody has a different idea of what moving on entails. I think the biggest lesson I learnt is to not assume that everyone feels the same way I do about death. Everybody has their own way of respecting those who have gone. It is important that everyone is allowed to follow their own life without commentary or interruption. Everyone is different and we must never assume that we know better. It is true though. Life does go on. I knew my sister quite well. She would have wanted our lives to go on. Preferably with a margarita in our hands at the same time. To that, I raise my glass and say 'Party on Mags, Party on!'

You never know when your last words to someone will actually be your last words. I have become a big believer in the phrase 'If you can't say something nice, say nothing at all'. 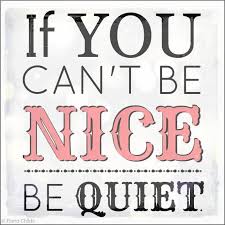 Years ago, while having a cup of tea with my Da, he turned to me and said something I will never forget. He said that he couldn't figure me out. That is absurd. I have the worst poker face in the world. I am fully aware of it.  I'm sure he is too. I asked him what he meant and he turned to me and said one of the most beautiful things anyone has every said to me. He said 'Everytime I see you, you are smiling. Despite everything. That smile, well, it gives me hope that one day I'll be able to smile again too'. I won't lie. I blubbered. Like a child!  But it taught me a lesson. Smile. It doesn't just make your day better, it may actually brighten the day of those you meet.

I hope that this blog hasn't come across as patronizing. It really hasn't been the intention.
Losing Marguerite was one of the toughest things I've had to deal with so far in my life.
Everything in life teaches us lessons.
Tonight, I decided to share some of mine.

A few year ago, I wrote this poem in memory of Mags.
I think ten years on is the perfect time to repost it.

The best part is,
ten years on,
I still remember.