May 08, 2011
Today is my boy's 25th birthday!
Happy birthday James!
I decided to be a good little housewife and make him a birthday cake
so I asked him what kind of cake would he like.
I was given four ingredients.
M&Ms
Malteasers
Dime
Toblerone.
Well, that left me in quite a predicament!
Whatever was I going to do?
I was telling my co-worker Tom about my little issue and he suggested a huge muffin cake.
I was intrigued, looked it up and thought Eureka! Tom has solved all my cake worries.
So after a little searching I found this. Perfect!
Now, I've a confession to make.
I cheated on my cake.
I had planned to do it all myself but alas, I didn't factor in that I was working yesterday.
So I bought this 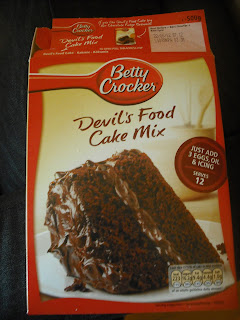 It is as easy as it seems. Add some eggs, oil and water. Yum.
But if I was going to use all of the requested ingredients I was going to have to be creative.
So I chopped up two dime bars and added them to the mixture!
nom nom nom...
Then I got to try my new moulds (but I forgot to take a  picture of them.)
Why?
Because my housemate and I were too busy licking this 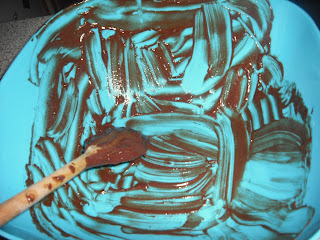 It was so good, we couldn't even eat it like civilised people 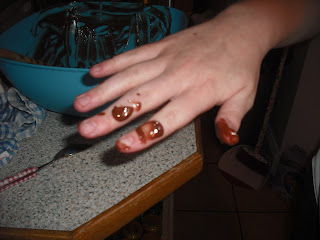 It went EVERYWHERE!
40 minutes later and it was the moment of truth....
Time to take our little experiment out of the oven. 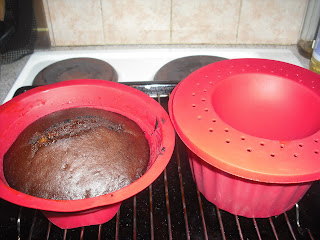 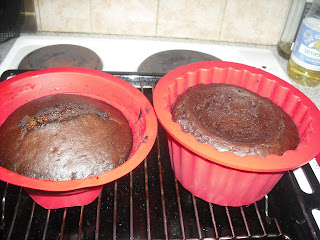 Guess what!
IT WORKED!! 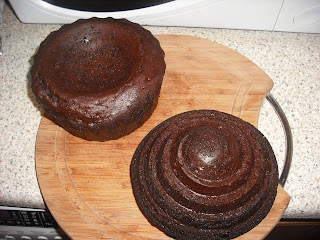 So we let our new bun child out of the oven and lovingly watched her cool.
I don't know if I've ever before been as proud as I was at that moment...
Back to requested ingredient number two.
Toblerone.
There was a little hollow in the muffin because of the mould.
Initially I had planned to fill it in with sweets.
Instead, I melted down some toblerone and filled it into the hollow.
Heavenly! 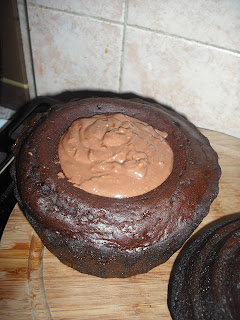 So about two thousand calories per piece in we decided to start the icing...
Again I cheated.
Sue me. 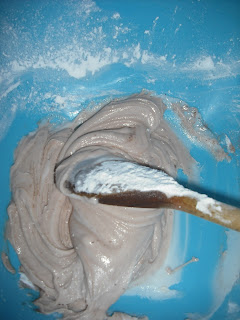 We added some Belgian chocolate for flavour and colour
and made a wonderful pipette out of grease proof paper
And then we began to ice and decorate... 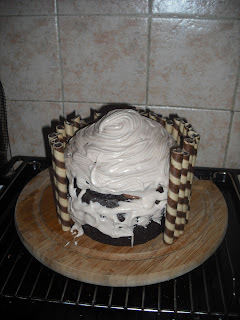 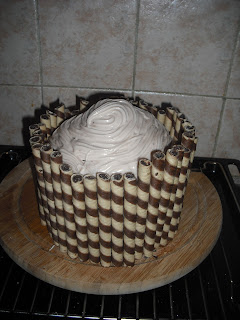 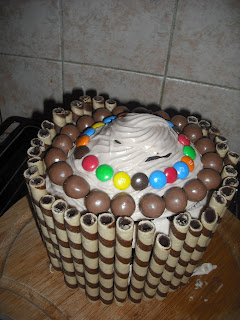 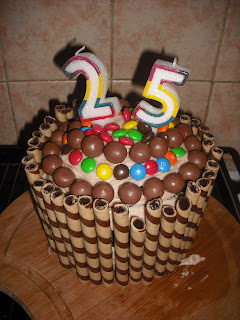 But they went very askew...
so we had to save them with even more chocolate 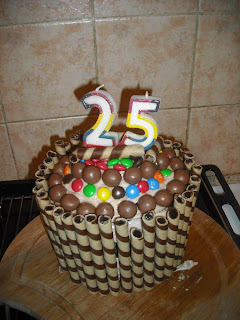 HAPPY BIRTHDAY JAMES!!!
So what happened to this wonderful birthday cake?
Well,
on the stroke of midnight we brought it out in all its glory 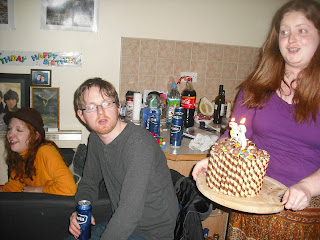 so James could blow out the candles
and make a wish 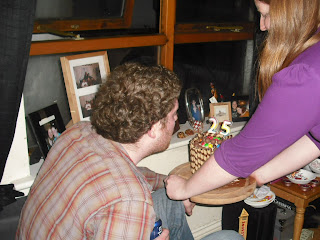 I think his wish was to eat the cake
because there isn't very much left of it this morning! 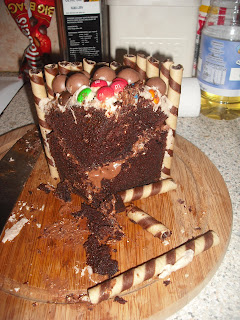